This afternoon in , Baby was saved by paramedics after what is being described as an accident. At approximately 4:31pm, Baby was discovered in the crate with Miss Hailey Bug. Baby was “bleeding” from the leg and tail. Baby had also been urinated on. Paramedics did not know if they could save him. 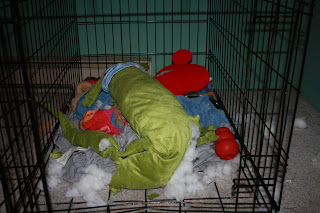 Police photo from the scene
A brave passerby (who failed home ec.) jumped in and crudely amputated part of Baby’s tail and one of his legs. Baby was saved. Baby is expected to recover. 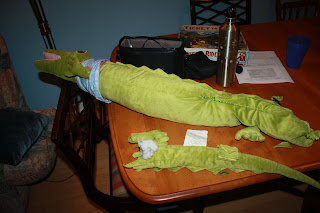 Post surgery
Police are tight-lipped about the cause of these injuries. They are calling it an accident but say the investigation will continue.
Miss Bug has been investigated for several deaths recently. Members of the community are outraged that her rampage of terror has been allowed to continue with little police involvement for so long. 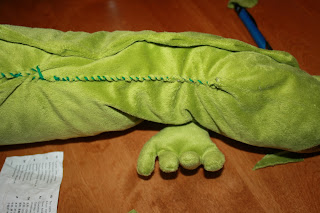 Close up of the stitches. That will leave a scar!
Posted by Hailey and Zaphod and their Lady at 8:49 PM