Thursday afternoon, less than 24 hours after the derecho rolled through, it got windy and rainy again.

As you know dear friends, I have never been a fan of storms and having the first storm of the year be so serious, I was very much on edge.

I started going around trying to destroy things. I got into the office garbage. 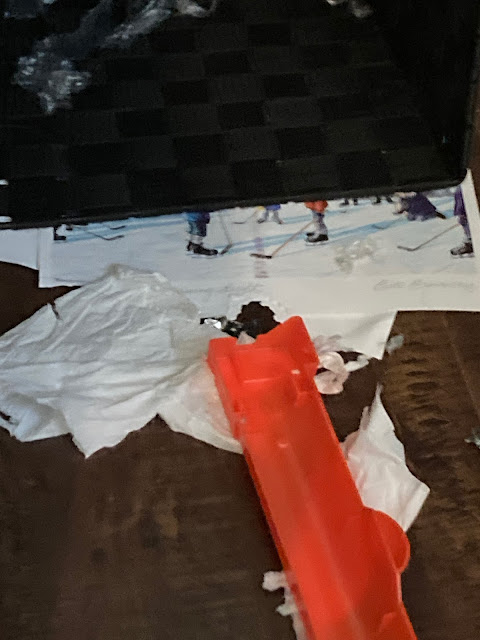 Lady realized I was not going to settle down, so she put on my hug (thunder shirt) and gave me some Valium. It took about 45 minutes but then I was able to curl up and relax. Phod also had to get a dose as he wouldn't calm down. 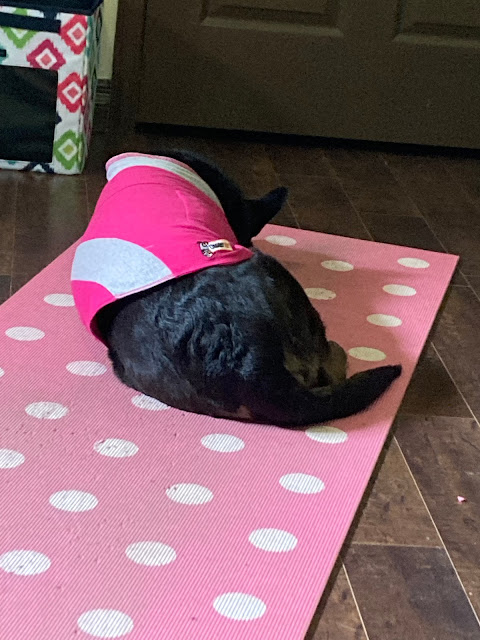 On Friday, we didn't need meds, but the power was out again for 8 hours. Lady thinks because they were fixing other things. Some people still don't have power in the area so Lady says she can give up some of hers for a bit if it helps others.

We hope the worst of the storms are passed us for the season, but don't think they are.