Not for Santa Paws - False Confession Day - by Hailey

We are participating in false confession day. It has been suggested by some that if we confess, Santa may see and not bring us gifts. However, as Canadians, we think that Santa is probably to shocked by all of Rob Ford's confessions to even notice ours. We are willing to risk it.

So this is how it works, we share two confessions, one is true and one is false and you have to guess which is true and which is false. 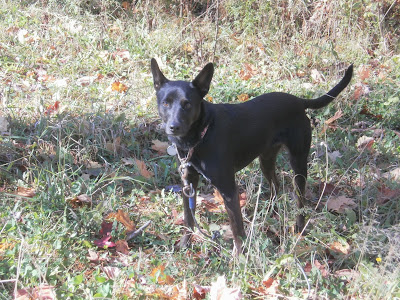 Note: It has been decided that Hailey would confess because it would be very hard to come up with anything Phody would do he needed to confess.

Confession 1:
The Wet Floor
I, Hailey Bug, confess to being the creator of the big puddle that was at the bottom of the stairs last week. At the time, I said the cats had done it, but it was really me. The reason I did this was because Lady messed up my routine. She had a very early morning meeting and she took me for a very early walk. Man only took us out a second time. I am use to getting out 3 times. I was a little mad and I peed and I made you think it was cause you left me to long, although I can hold it for hours.

Confession 2:
Humped Baggy
I, Hailey Bug, confess to trying to hump Baggy recently. While I hump Nin almost every day, I know I am not suppose to hump Baggy. However, the other day he was just walking along the living room floor, and I went over to push him over and next thing you know, I was humping him. He did yell at me, but I am sure he liked it. Cause he was yelling, the people yelled, but I ignored them. It was worth it.

Email ThisBlogThis!Share to TwitterShare to FacebookShare to Pinterest
Labels: by Lee, fun