Trouble On A Tuesday - Trash Pandas? A Great Mystery

On Saturday, Lady and Man left the house around 9:30 am. They were going out to visit Grammie and the Big Guy's new house. They finally got possession and will be moving in shortly after Easter. Lady and Man also picked up groceries on the way home (because they literally drive by the grocery store).  They arrive home about 3:10 pm.

As they were pulling into the driveway, Lady said out loud "I bet we should have moved the garbage."

Those may have been famous last words, because they walked into this: 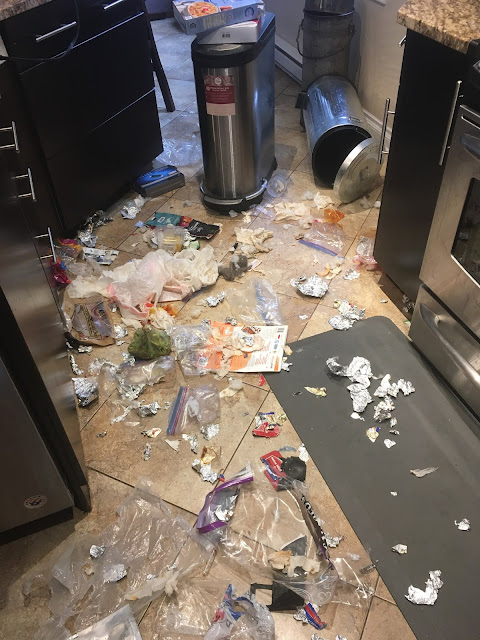 Please note that the container behind the tipped over garbage pail (an old milk container) hold the dog food.
The dogs were asked what happened and they had no idea. 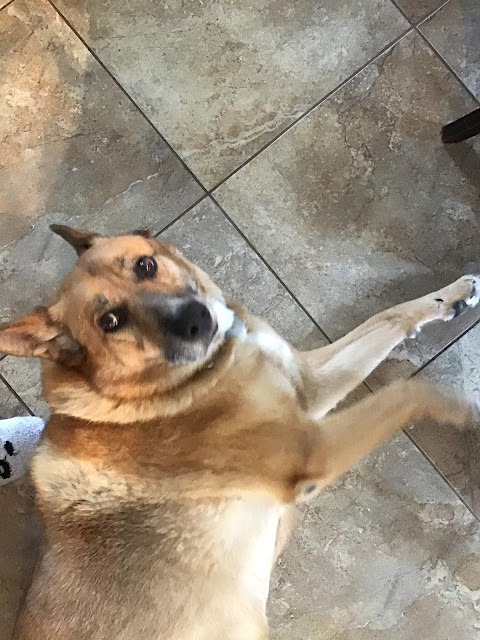 I have no idea Lady, I have been just sleeping here
Witnesses were questions - they saw nothing. 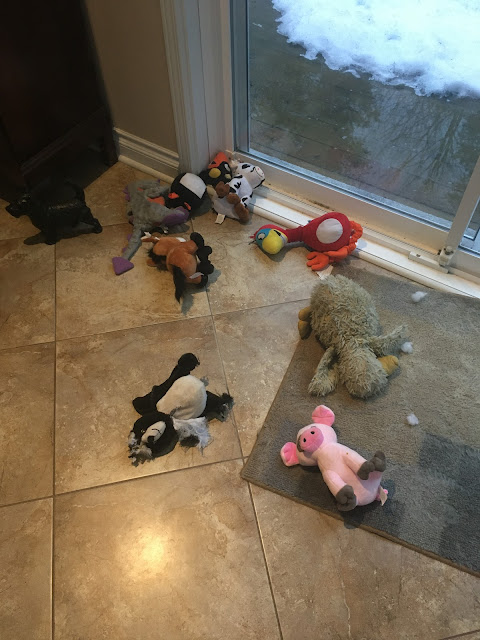 While the mess was a lot (and the second in a few days), Lady's biggest concern was the fact that 20 chicken wing bones were missing. A Google search said to monitor the suspects for 72 hours to make sure there was no blockage.
While both dogs maintain their innocents in this mess, their poop has oddly have tinfoil and chicken bones.
Oh the adventures of being a pet owner!
(The garbage will be emptied or removed when people go out next time, which won't likely be for some time because we are in the 3rd wave of pandemic).

Update: The Phod was out repeatedly on Sunday night with an upset tummy. The people were thrilled. A rice breakfast was served and he is being closely monitored. Paws crossed he will be fine! By the end of the day his tummy seemed to settle and his behaviour all day was normal.

Note: Yesterday people mentioned we should take Lee out when she asks. We generally do, and when she is scared she asks to go out and rarely does business because as soon as she is out, she wants back in. It is likely the ac idents would have happened if we had gone out.