Sunday started nice enough. Lee woke Lady up before 7. We hiked the sugar bush. It was a cold morning, around freezing, but we didn't have snow, so that is a win.

We forgot to tell you it rained enough Friday, the creek in the bush had water. 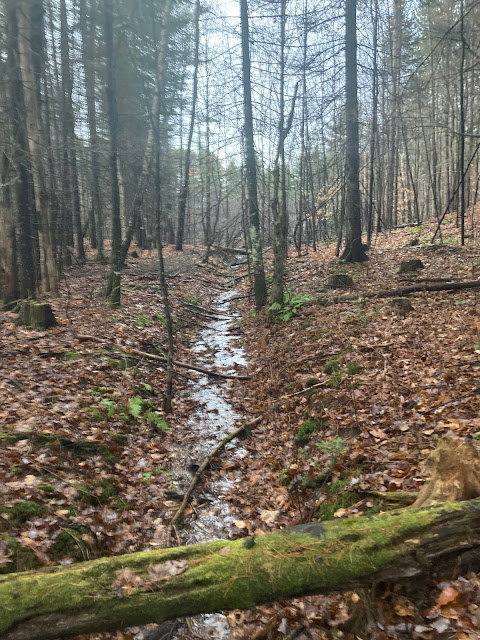 Upon our return, Lady's worst nightmare came true. It seems a little mouse found his/her way into the house. After a huge breath and the realization there was no option but to take her first Mouse Uber trip, Lady grabbed her work gloves (she realizes her anxiety is that the mouse will touch her) and drove to the pond to free it. It happily scampered off into the bush. We wish it the best. 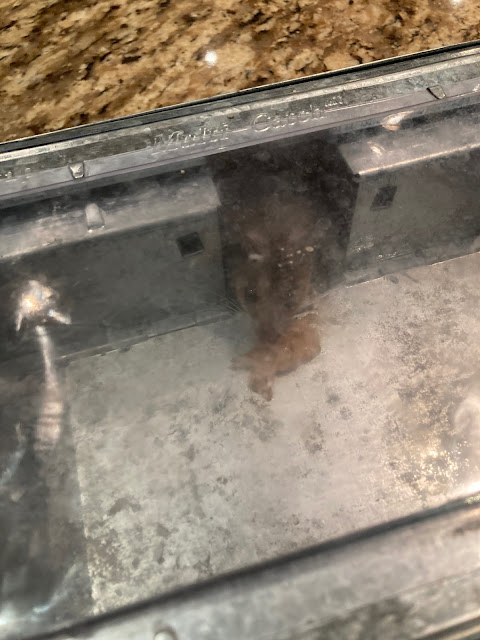 We are sad to report there were no pancakes for breakfast (really the service here is not the same without you). Lady said we should not complain because we got bacon instead.

Even though we had a nice walk in the bush, later in the morning Lee took herself for a stroll. She would like to point out, at no point did she actually leave the yard. She may have been in the third lot, but she was still in the yard.  Lee later took herself for a stroll to the neighbours. She really wasn't listening. She had been doing so well, but has decided she is done listening to the Lady. We were not thrilled when Lady left in the evening for 87 hours (3) to go to a pop up pickleball training. Pickleball is interfering with her giving us all the attention.

Monday we were up early in a mouse free house. We were very excited to go to camp. Some of us were so excited we threw up in the car, even though we had only had water. Getting Lady's car detailed might be a great gift idea Man! 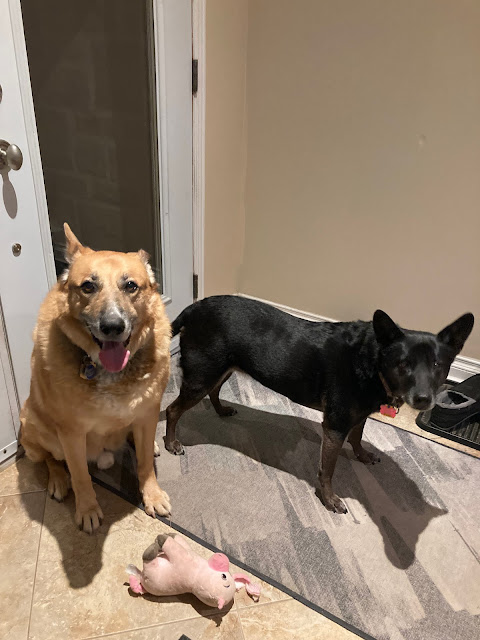 We learned something terrible - Did you know that they can make you pay the hat tax at camp? We learned this. Lady apparently was able to purchase a holiday package. Can you believe she paid extra for this humiliation? The guy who works there said we were very cooperative with the picture process.  He was impressed. Lady's coworkers loved the pictures. Here is one of the pictures. 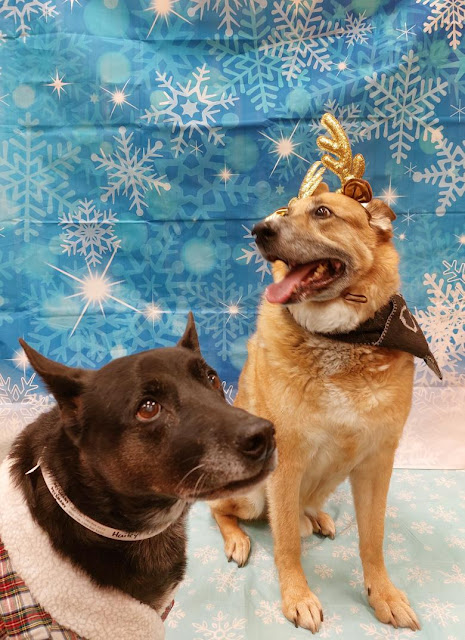 If this wasn't enough the holiday package just kept giving (some good, some not so good):

We got a new bear toy and 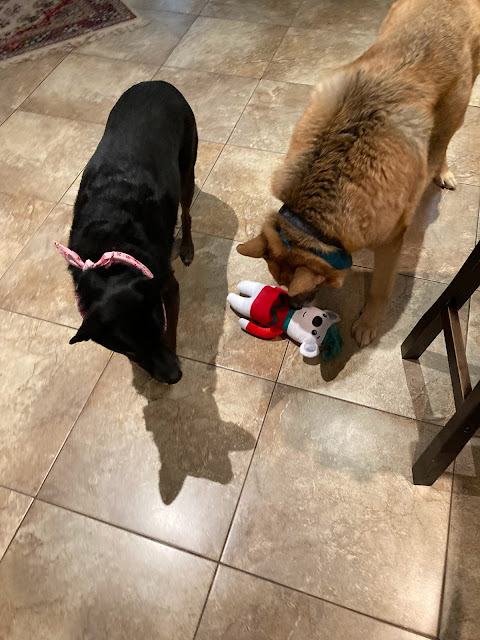 a new penguin toy, that Lady said we could have right away. 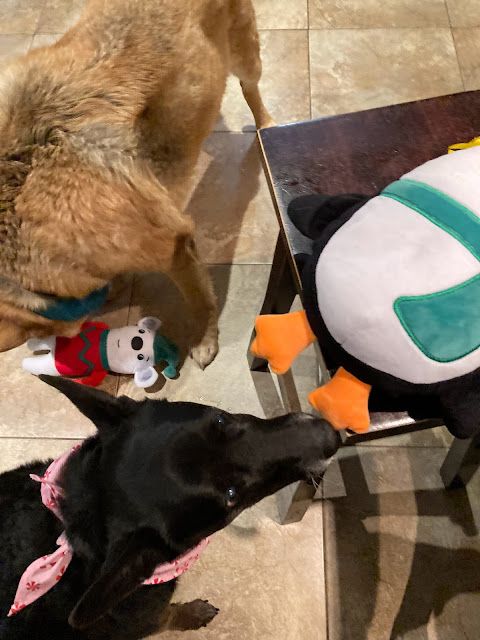 At camp we got a kong and we got  cookies to bring home. Lady said we can have them tomorrow as our tummies can be a little sensitive after camp. 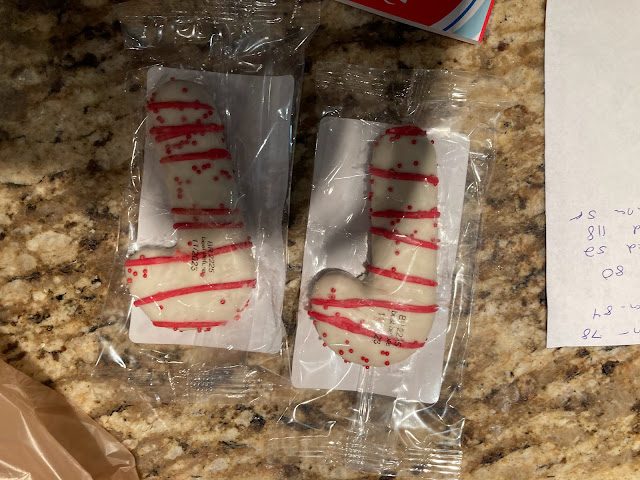 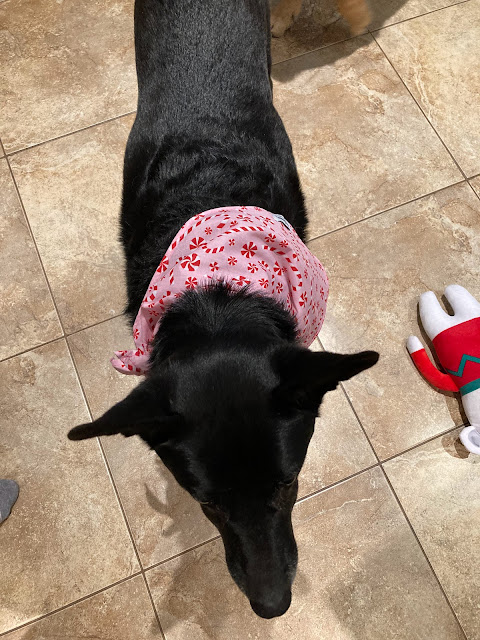 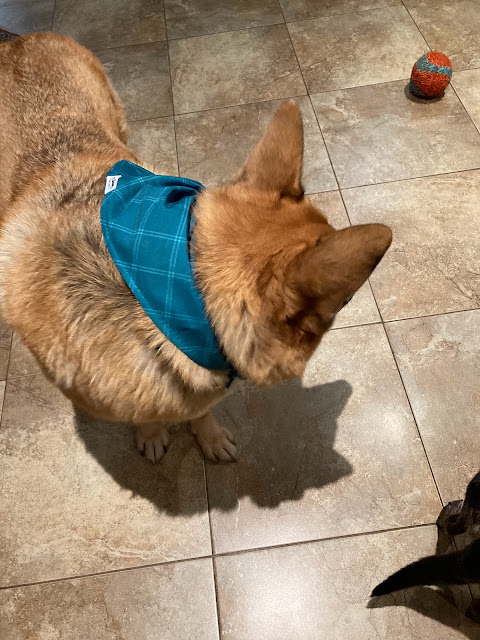 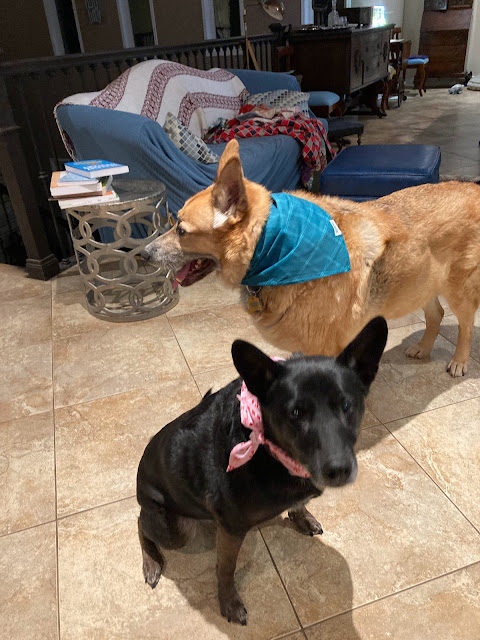 Phod made his displeasure known by peeing in the store on the way out. Lady asked someone where the cleaning supplies were and they said they would clean it up for her.  We hope Lady is as embarrassed as we are for having to pay the hat tax at camp. 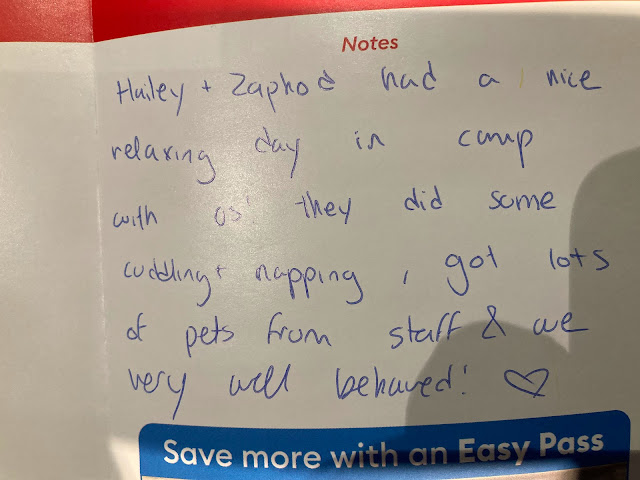 We have one more day of camp before Man is back. Then we can go back to guarding our house all day.

We are not impressed with our Lady. We miss Man a lot. Please never leave her in charge for so long again. She has stupid ideas.

Your angry pups, Lee and Phod