Lady says she can't believe how good we all were for the 36 hours Man and Uncle Chris were in Toronto for a concert. It was a 2020 concert where they saw Joan Jet, Poison, Def Leopard and Motley Crue.

Anyway, Lady says we (mostly meaning Emma) were very good puppies. She worked at home all day Monday and half day Tuesday so we will are only alone a few hours before the guys were back. While she was working, Emma mostly sat on the couch. 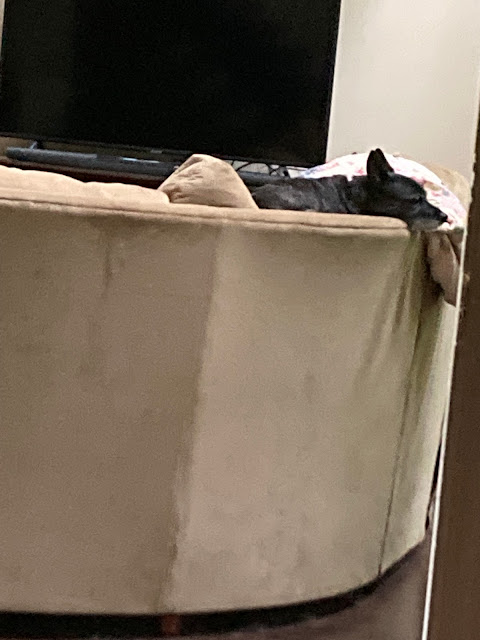 While it went better than expected, Emma did cause a little mischief. She did still sometimes demand the love. 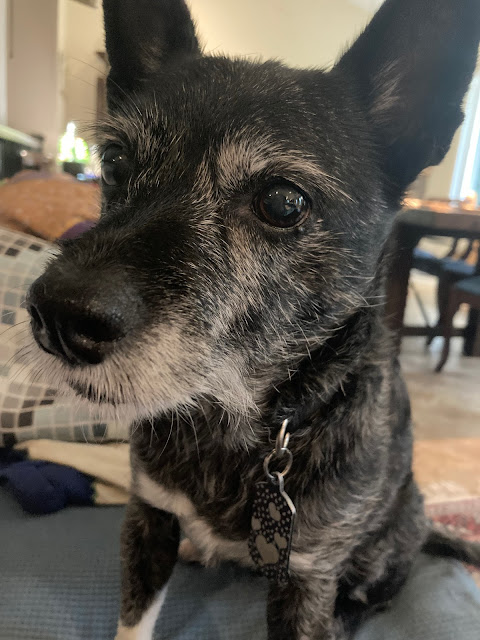 She did hump our toys. 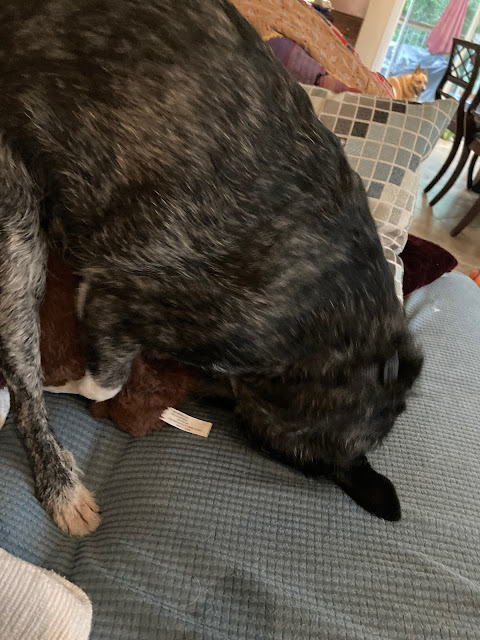 When the power flickered she curled up on Lady's lap while she was working. 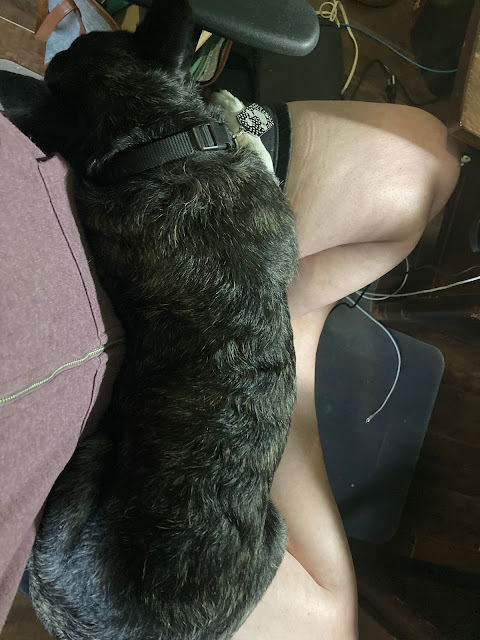 We only got barking once while Lady was in a training webinar. Lady guesses we were extra good because we are all seniors and much more mature now.

Lady says the biggest mischief last week was the extreme heat. We had 3 days where the temperatures were around 40C/110F. We only have a/c in the bedroom so on day 3, Lady and Lee had enough and stretched out on the bed to read! 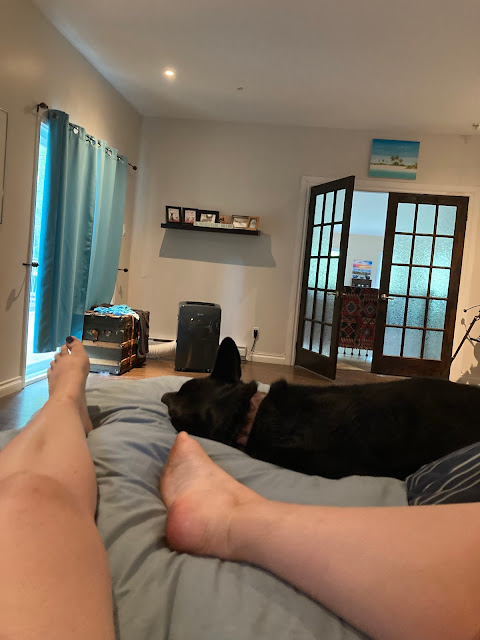 Hope your week wasn't too mischief-y!