Helping Out - by Lee

Last week we had a grand adventure. We got up, went for a walk and got into the car and drove to Grammy and the Big Guy's!  (The only problem with this adventure is because Phod gets so car sick, there was no breakfast!)

Grammie and the Big Guy were feeling better from their vaccines and Lady had said if the weather was nice (it is an 84 km/52 mi drive) she would come and help them with some things around the house.

The Man spent the day helping the Big Guy install smart switches. These are light switches that are Alexa enabled and you can tell them to turn on and off. I was a great supervisor. 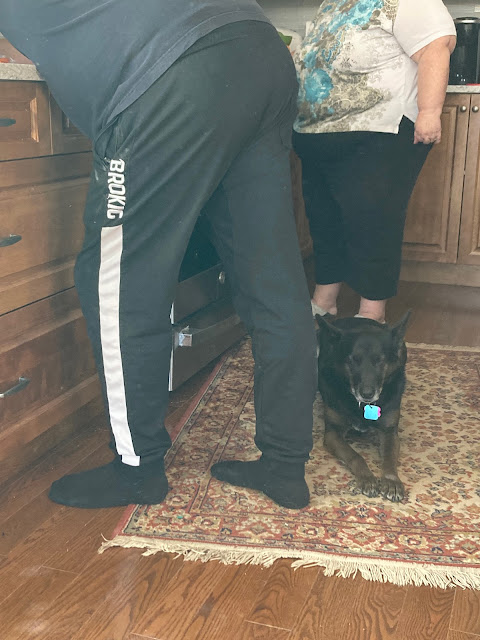 While the Men were doing that, Lady and Grammie took on the basement. It was the last frontier since they moved. There were boxes that hadn't even been opened yet. While they didn't go through every box, they got them organized, they got ride of 4 bags of garbage, and they found some things Grammie had been looking for.

Phod found all of this a little scary. The power being off, the Lady moving things, the people not being on the same floor. 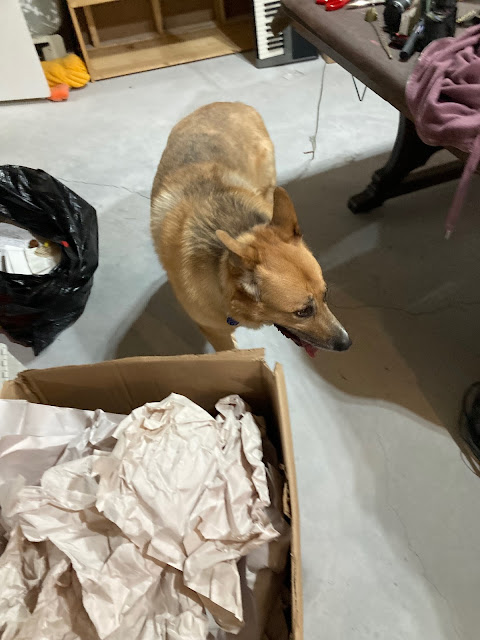 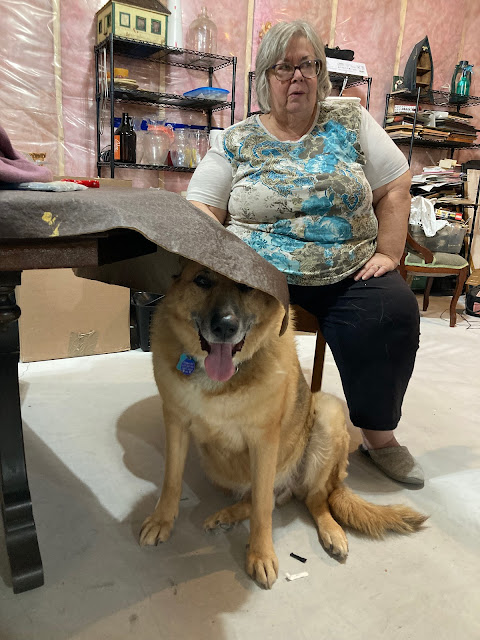 Me, I took it all in stride and was a great supervisor! 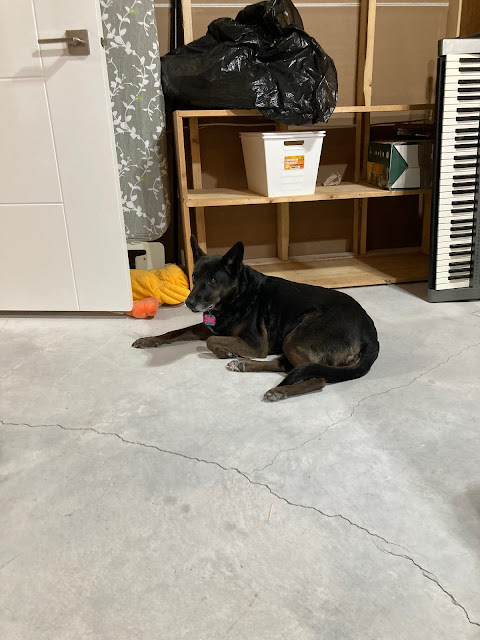 Email ThisBlogThis!Share to TwitterShare to FacebookShare to Pinterest
Labels: by Lee, Grammie