Trouble on a Tuesday - The Trash Bandit Strike Again -by Phpd

Let me tell you a story. 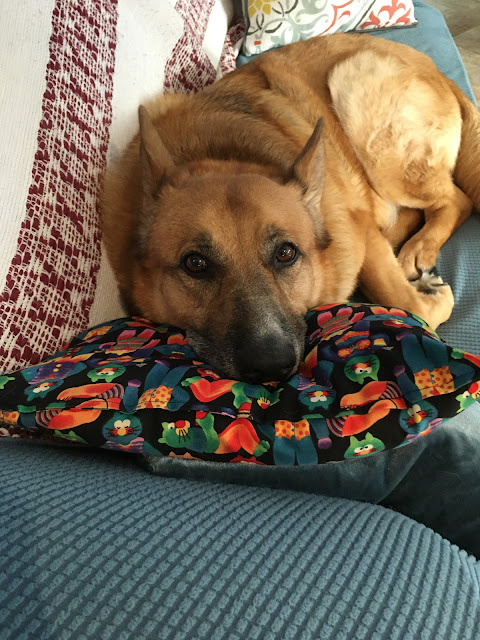 Last Saturday, we were out playing in the yard when we got talking to the neighbours (they were passing by because their almost 5 year old was running away from home again). They mentioned they had picked up a puppy that morning. We were unceremoniously dumbed back in the house so the peeps could go over and meet Callie. They were gone for an hour 87 million days and came back smelling like puppy. They told us once the puppy adjusts a little, we are going to help socialize her.

The people quickly jumped into their car and were off to get groceries.

They came back to this. 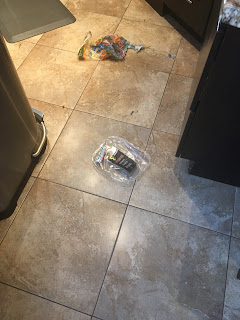 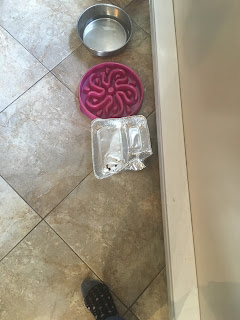 Now, they say I should feel shame for getting into the garbage again (they still have no proof it was me). I think they should feel shame because both times the mystery trash bandit has stopped by, what he can reach is their takeout garbage. They are adding to climate change and not taking their health as seriously as they should.

We know people had suggested a can under the sink. The problem with that is mice.  Next time they have to leave us, the garbage is going to be out out of reach.

Email ThisBlogThis!Share to TwitterShare to FacebookShare to Pinterest
Labels: by Zaphod, trouble Tuesday