Mischief Monday - A Who Done It

While the health officials are asking Canadians to reduce contact 25% our peeps have been out exposing themselves to germs. Friday they went to the Costco to get supplies. Saturday they went to visit family for Halloween. So while they were breaking the rules, a mystery happened in our house. 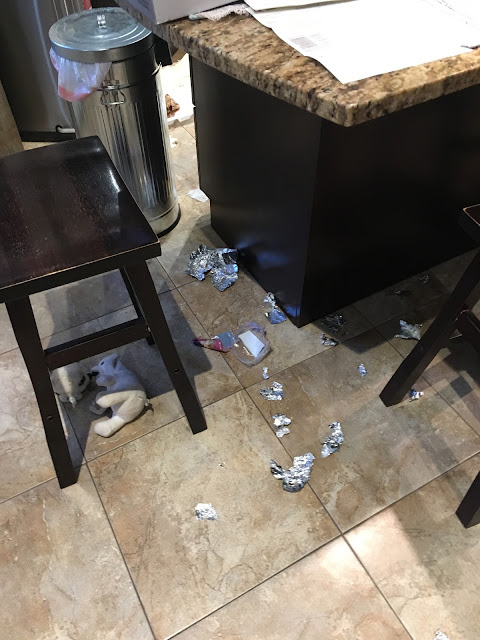 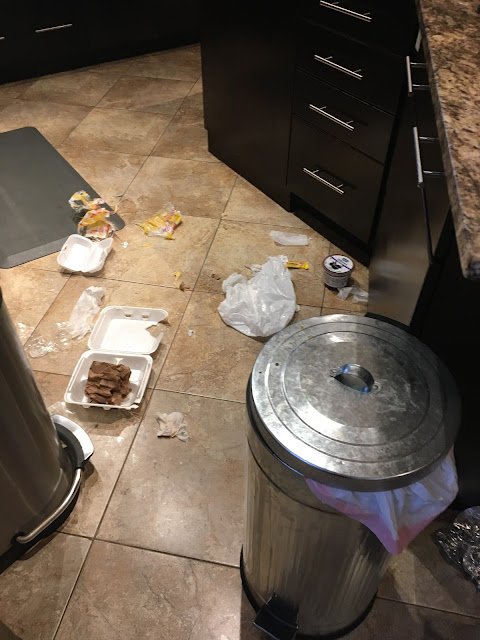 Somehow, with the can still upright but moved from its place the garbage jumped out of the can and someone licked the shawarma take out containers from Friday night clean and ate some mouldy bread. The peeps had been worried about chicken wings, but those appeared to be at least mostly in the can still. We of course have no idea how this happened.
The integration was not fruitful.
What do you think happened?