A Solution To Our Mouse Problem?

Last weekend, our 10 year old neighbour M found 2, tiny kittens in the woods by her house. M has been trying to catch kittens for years.  These kittens were so little they only opened their eyes the second day they had them.

The problem is Milo has decided he hates the kittens.
They are also a lot of work, as they are not litter trained and need to be feed a lot. It is hard for a family with 3 kids, who both work and have a dog and a kitten to do. 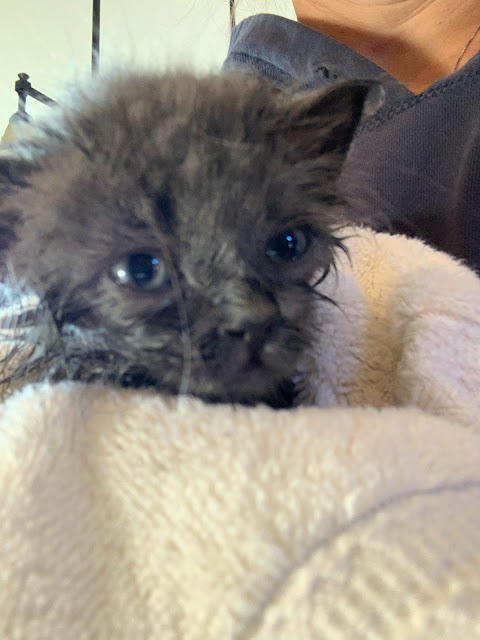 As it was so nice out on the weekend, some of us took ourselves over to the neighbours. While there, we discussed the kittens and the neighbours (who are looking for an excellent home) asked if we wanted them. In a very safe manner, we introduced the smallest of the 2, Ash to Hailey.

Her instinct was to try and eat it.  She tried several times. So that is a no for us. The kittens are so little, they wouldn't even fight back. 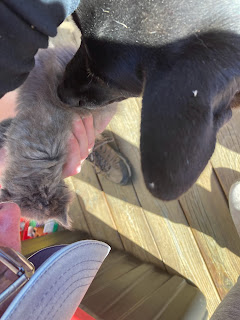 An aunt, who loves cats may take them.  We wish Cinder and Ash the best. Lady is a bit sad she can't have them, but couldn't live with herself if Lee ate one.

Editor's Note: If you are wondering what Phod thought of the kittens, we have no idea. He had taken himself for a walk and was inspecting the sandpit the neighbours have and completely missed the kittens.

Email ThisBlogThis!Share to TwitterShare to FacebookShare to Pinterest
Labels: cat