Note: The following may be disturbing to some viewers.
Victim: Monkey 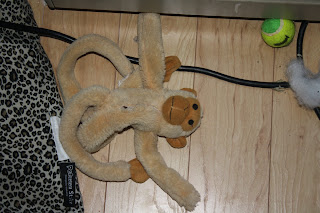 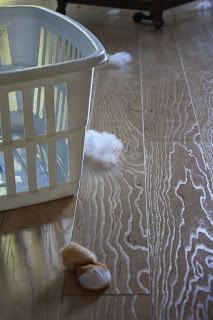 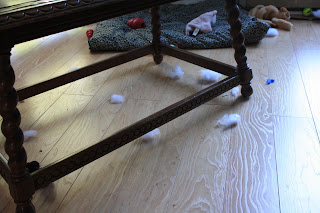 "Monkey was minding his own business when a big black beast grabbed him and dragged him to the couch. The beast then slowly tortured Monkey, first by ripping off his leg, then by slowly pulling out his insides. Beast would occasionally jump off the couch and shake Monkey. It was disturbing to watch."

Charges are pending. A service is expected for Monkey early next week and he will be interned in a plastic bag, Tuesday and buried in the landfill.
Posted by Hailey and Zaphod and their Lady at 8:51 AM