First a Hailey update: By Saturday morning the swelling was all gone in her face and for the most part she was walking without a limp. I could tell she was still being "light" on her leg, but was happy to see she was improving.

The first 250 km Phod was pretty anxious. He never threw up, but was drooling - a lot. Given the challenges I had getting him into the car, I was worried about our first rest stop, but my worries were for naught. While Phod was happy to get out of the car, he was equally happy to get back in the car. It was after the first rest stop he started to relax. At the second rest stop I gave him his bed (as I knew he wasn't going to be sick) and he was happy. By the time we were done our trip - 750 km, 8 hours and 15 minutes, my boy seemed happy in the car. YAY!

Given the nature of our lives and Phod's car sickness, he has never been to anyone's house before. Phod settled in with no issues. He was happy to see my parents and their dogs Tendra and Barley and my cousins Kaydee and Brooke. The only "issue" we had was a meeting of the neighbour . . . at first he was terrified, he jumped out of the way, but quickly realized the neighbour was a friend and was asking for pets.

I think Phod's favourite moment of the day was the discovery of the beach. My parents place is on Lake Huron, so they have a great beach!

The pictures I have at the beach were taken by Kaydee, a budding photographer, while Brooke, the expert stick thrower, amused Hod. 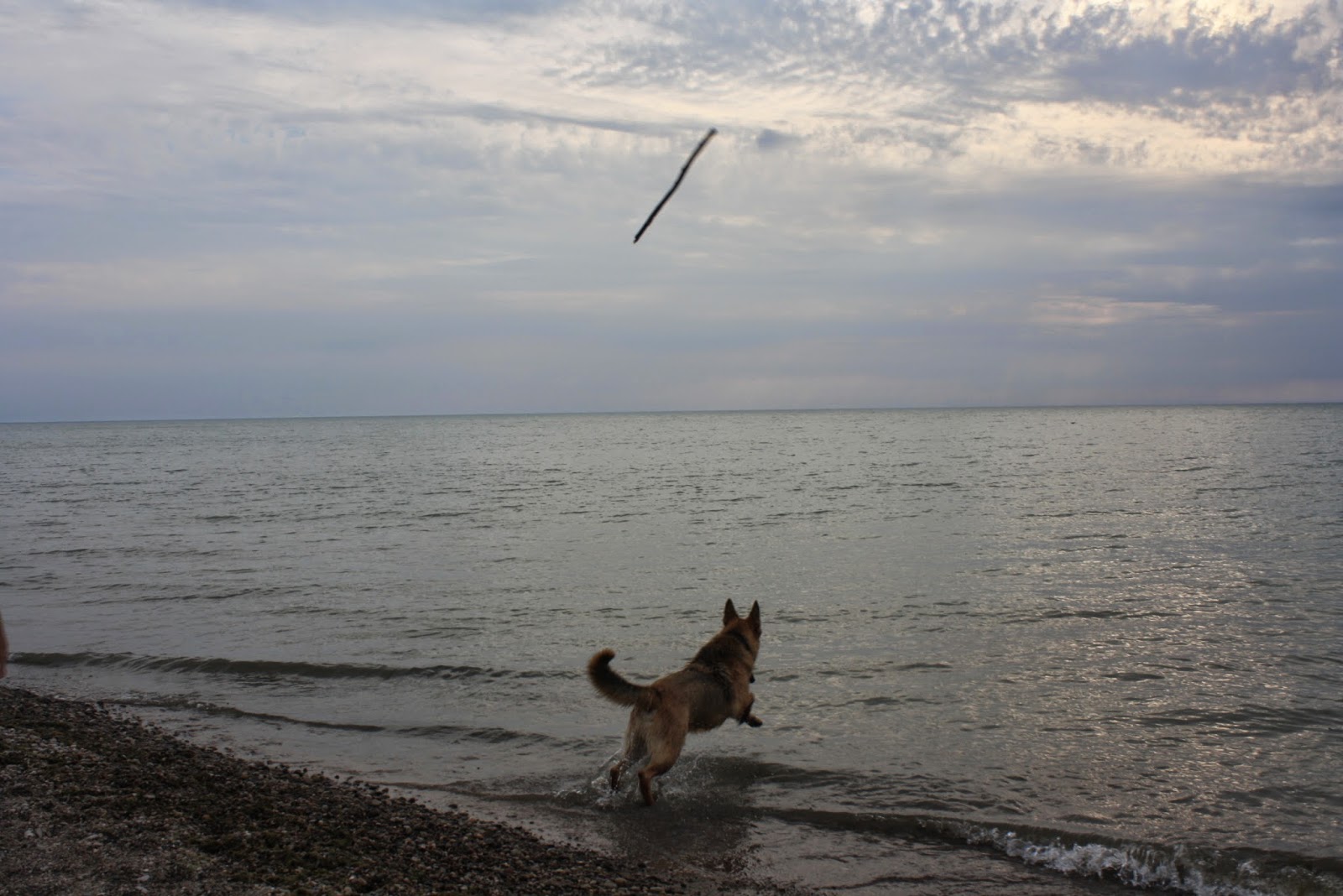 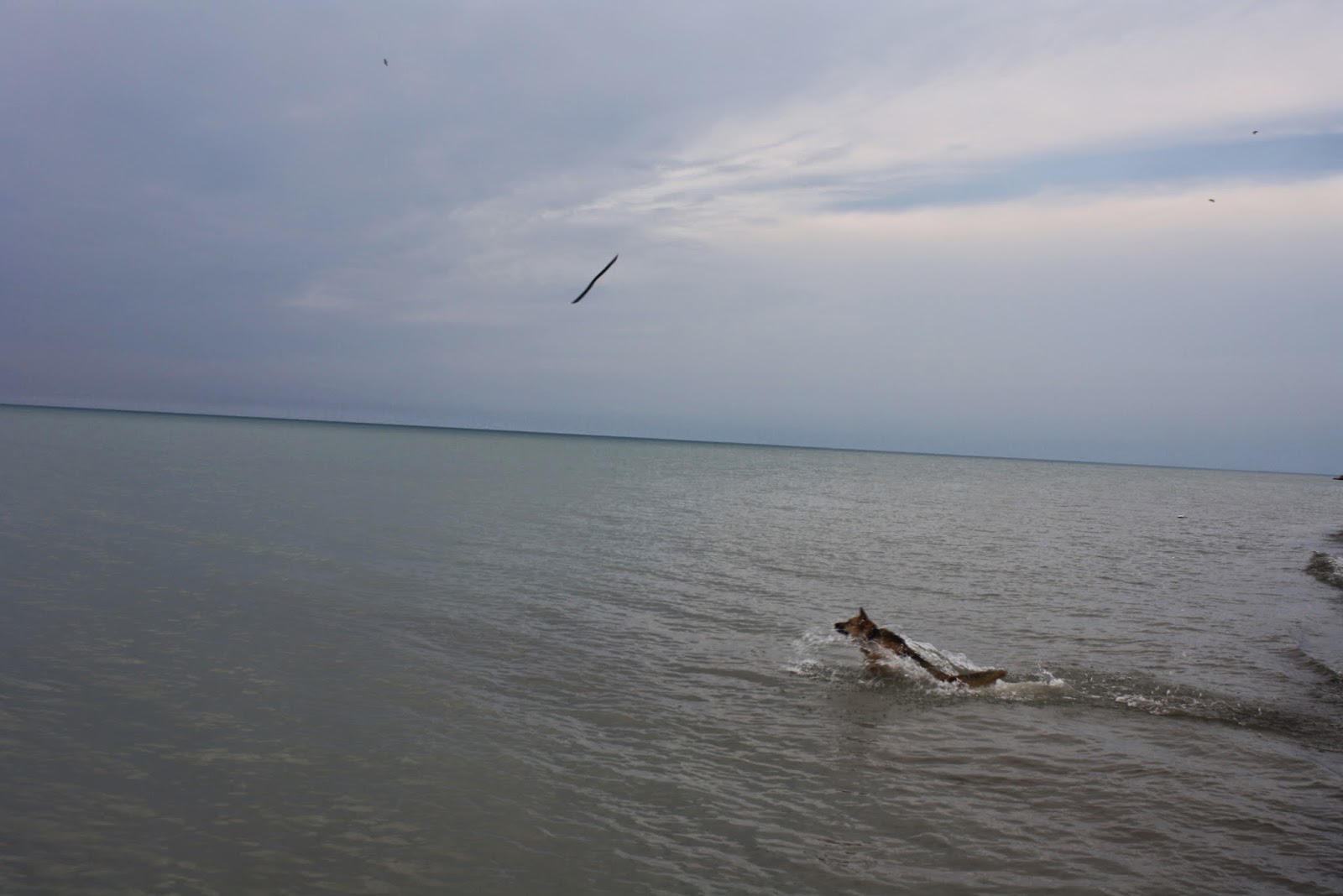