Last week, we had hopefully the last winter storm of the season. It was freezing rain. It was windy. Ice pelted off the windows. The power flickered but was never out more than 10 seconds.

As most of you know, Hailey is afraid of wind and storms. She actually did pretty well. She did demand love and she did stand and shake at times, but because we were both working at home, it never became more. 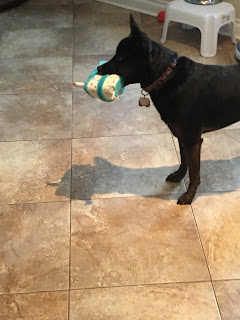 What you may not know, is Phod is scared of power flickering. If it goes out, he gets very nervous. I am not sure if this is something he has always struggled with, or if living with Hailey made it worse. He is much calmer about his fears. He just wants to be near us.

For example, because I wasn't going for a walk in the freezing rain, while I was on the treadmill, he huddled beside it. (Normally, if he is in the room with me, he is on the couch). 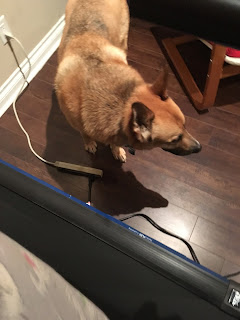 Later, when I was in my office, he huddled in the corner by my desk. 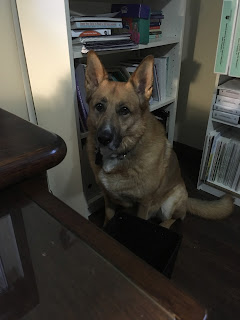 I hope that his fears don't increase and that we have a quiet spring with few thunder and wind storms.

Email ThisBlogThis!Share to TwitterShare to FacebookShare to Pinterest
Labels: fear