The following took place a few weeks ago. The Man was working at home as he had just had his staples removed and was still recovering from surgery.

The bird will be played by chicken 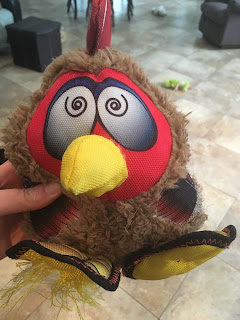 The Man will be played by Lady 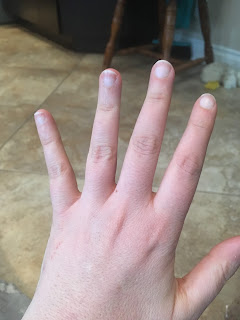 Hailey will play herself.

Hailey kindly alerted the Man that there was something in the chimney. The Man could hear it but could not see it. He placed some food and water in to encourage it to fly down to the base of the chimney.

The Man raced upstairs to find Hailey holding the bird in her mouth. 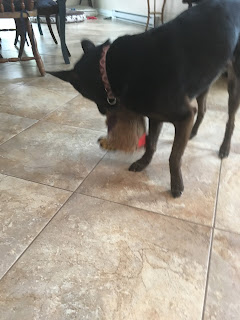 The Man yelled 'drop it' but that was not happening so the Man opened Hailey's mouth and took the bird out. 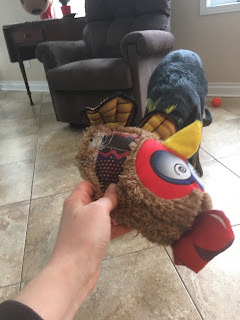 The bird appeared injured, but he carried it outside and it flew away.

The Man called the Lady at work and was like '#@%&*' and the Lady, in her loving and supportive way, laughed so hard she cried. She was laughing so hard, people came to make sure she was ok.

The next day, when another bird (or maybe the same bird) showed up in the fireplace, the Man locked the dogs in the bathroom where the bird could not get, opened the downstairs and upstairs patio doors and after a few attempts the bird found the open upstairs patio door and left. The Man learned from his first experience (which is not the first time we have had a bird in the chimney. It seems to happen about once a year!)