First mini-mischief is sometime between Thursday night and Friday night, someone peed on one of the dog beds. Hmmmm, wonder who what could have been.

But the real mischief occurred on Saturday, when we were trying to get the last of our wood in for the winter. As we mentioned a few weeks ago, we had 4 cords to stack (a cord is a unit of measurement - a cord is 128 cubic feet). Hailey was on tie out. Phod was loose. Phod kept bringing his frisbee to us to throw, which would be fine except he put it in the wheelbarrow, on the piles of wood etc. etc. He was very much in the way. Hailey kept getting tangled around things and needing to be untangled. About halfway through, we put them in the house. They were not helping. It was a job we really had to get done as the snow was swirling around us as we stacked. 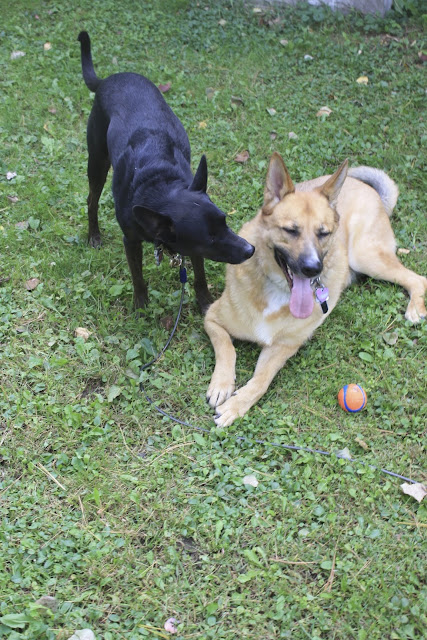 Hailey didn't think this was enough mischief, so while I was writing this post she asked to go out. She didn't really need to go out, she just wanted to, but I took her. While we were out, she rolled in deer poop. Normally she just tries to eat it, but this pile she needed to roll in, so she was covered in poop and I had to clean her off! 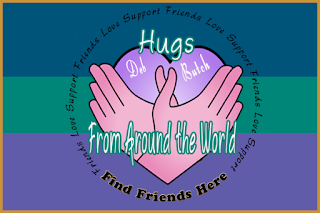 Reminder: Thursday is the Hugs From Around the World Blog Hop. Learn more  HERE.
Posted by Hailey and Zaphod and their Lady at 6:00 AM