As stated yesterday, we are decreasing Lee's prozac. We are doing this because she doesn't need it when storm/fireworks season is over. For her health, we would rather her not be on it.

In the wee hours of Saturday morning, a thunderstorm rolled in. While rain was in the forecast, thunder was not. Lee moved right to scratching the wall beside Lady's head. It was Man's turn to get up with her.

It took a long time for Lee to settle. She was determined to do some damage. She tried pawing at/destroying Man's computer. When that was not successful (he made her move), she finished off the bed that was in the fortress of solitude (aka the downstairs bathroom). 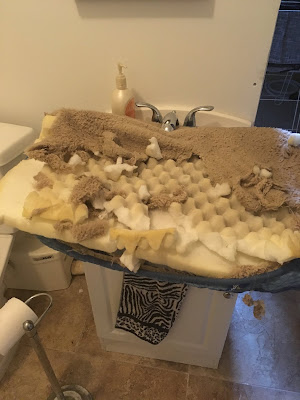 A used comforter has been put in its place, so she does have a safe place.

In the event another storm rolls in we will either increase her dosage for the day and/or give her Xanax. It was much more challenging for her to settle down on the lower dose.

While the Man was pretty tired the next day, our princess had lots of naps. 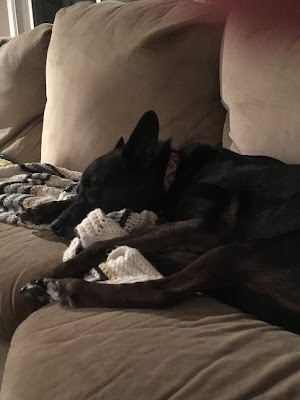