A Very Bad Day- by Lee

The trouble actually happened on Monday but I have been sooooo upset by it, I haven't been able to write about it until now.

The day started well enough. It was warm enough for a nice walk. I had breakfast, but then something strange happened. The Lady took just me in the car with her when she went to work. I was good in the car but nervous. I may have barked at some people walking down the street.

Then I arrived at one of the worst places ever, camp. My Lady had taken me in the car, on a stormy day to the city to go to camp. I was scared and mad.

A couple of Lady's coworkers went to the pet store and knowing I was there, snapped a picture of me (and by the way, got in trouble for it, but they said they knew me, even though I don't really know them. I guess this is what happens when you are famous). Can you spot me in the group? 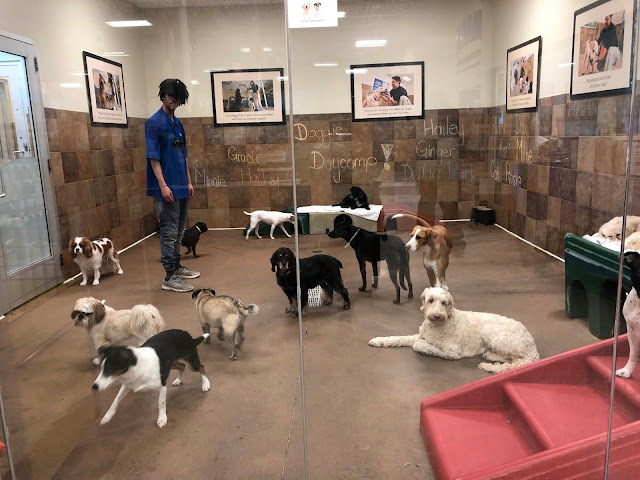 After 87 million hours, the horrible Lady came and got me. We had to stand around while the person told her how great I was. Well I like to hear the good things, I wanted to leave. 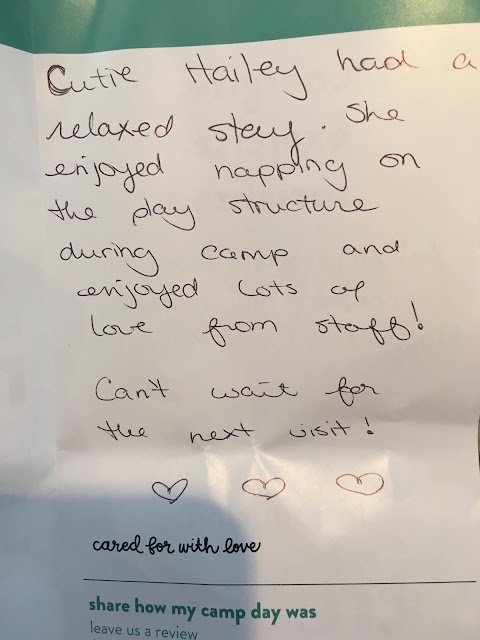 We got back in the car and drove to another new place. A house. It was my vet's house. See he is going to be off attending to some health things for a bit (please send him some POTP cause he is a great guy), but the night before his surgery he had me over to give me my vaccines.

Lady took horrible pictures of me (and not enough) because she was distracted talking to her friends. After my shots, which I didn't notice because they gave me some cat food as Lady forgot my treats (the best thing she did all day), I tried to play with the cat. The cat did not like it. He hit me hard in the face. Then I really wanted to get him. He was angry. I was stressed. Lady never let me on leash and in the end the cat was taken away. I had to sit with Lady in a living room by a fire for a bit while she and her friends talked. I think it was only slightly better than going to the actual vet clinic. At least there I am off leash.

Finally we left and I slept the long ride home. When I got home, Phod wouldn't stop sniffing me. He was so stressed during the day (as the power went out and he had to be in the cone and I was gone) and because of our food problems as mentioned Monday - he had many accidents in the house on Monday. Lady and Man hope this doesn't become a habit.

At any rate, I am apparently healthy and I don't have to face this kind of torture again for a year.

An angry but tired Hailey Bug