Operation rid the house of mice is still underway. As of Monday, besides the mystery baby, 6 adults have been trapped. 4/5 trappings have been in the basement garage and one in the laundry room. And one we will talk about below. We believe we know how they are getting in and the Man is working on a solution for that.

While at the hardware store, I came upon the Sonic Pest Chaser. It claims that it will emit a frequency that only rodents will hear and will chase them away.  I thought we may as well give it a try because it seems more humane than trapping.  Also on Saturday morning when the Man went to check the trap (he checks them several times per day) it had been completely moved and hidden under a piece of cloth that had been on the floor. We are not sure what type of creatures we are dealing with!

On Saturday we tested it in the kitchen to be sure that humans and dogs were not bothered by it. While the dogs watched me plug it in, they didn't seem to notice immediately after.  Then we moved it to the basement on Sunday. Sunday night during the Man's last check of traps before bed, he had caught a mouse in the garage. So far it doesn't seem to helped. Sigh!

Has anyone else every used one of these?  Did it help? 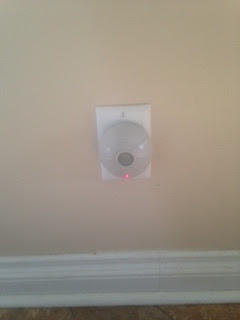 Now mouse 6. It appears on Monday, while we were at work, Miss Hailey Bug put her hunting skills to good use and caught it. We don't know where, but we know she left a well licked mouse on the couch. Fortunately, it was the Man who found it, as I, the Lady, am working crazy hours this week. I don't think I could have handled that! The Man said it just looked well licked.

Email ThisBlogThis!Share to TwitterShare to FacebookShare to Pinterest
Labels: wildlife