As you all know, Hailey has some pretty severe anxiety, that in the past has resulted in her being medicated. Currently, while we are home 99% of the time, she is not being medicated. We had a thunderstorm Friday night (she gets an 7.5/10 with how she did, she did have a moment where she was scratching the door to get me out of bed, even though Man was up) and Saturday afternoon we had another one (also an 8/10). She tends to be pace, she will bark a few times, but she is not causing damage. 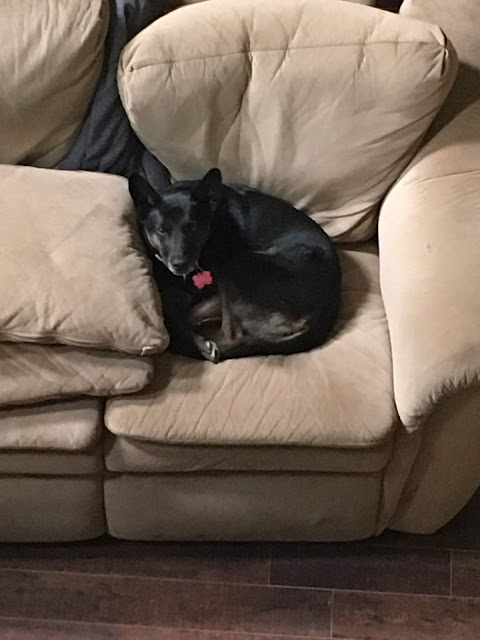 While her anxiety has always been big and noticeable, our boy has slowly learned to be afraid from her. He is just afraid in a much quieter way. He has never liked the vacuum or the power going out. Now he doesn't like thunder storms or the Man leaving. 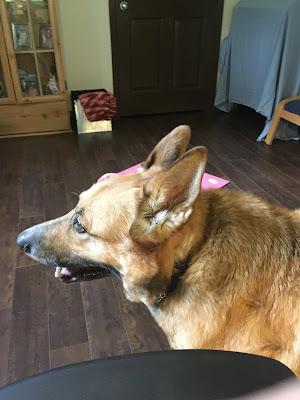 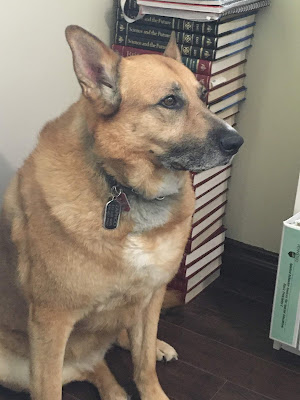 On Thursday, the Man took the morning off to go to Costco. He was gone for about 3 hours. Phod tried to hid in the corner of my office. Clearly he was very upset. During the storms, he wanted to be with us or hiding in a corner. Those of us who know him, know he is stressed, but others may not notice.

It had been suggested we try playing the storm sounds to help desensitize Lee to them. Now that we have a fancy new sound system, we gave it a try. Hailey initially looked up, thought about it, realized it was not real and went back to sleep. Phod was the one who was stressed. He looked for comfort and was very alert. Now it could be that he just doesn't like the stereo either!

At any rate, we now have 1 very anxious dog and 1 sort of anxious dog. It is like the fear is shared between the 2 dogs instead of just being trapped in 1!