There is no denying it, winter is here to stay. On Monday November 11th,  we had a record snowfall. In the city it was close to 10 cm/4 inches. If that was not bad enough, the temperatures fell to -25C/-13F Wednesday morning.

Lady is trying to embrace this, although would have preferred it arriving a few weeks later. But one memory of the pack is loving it! 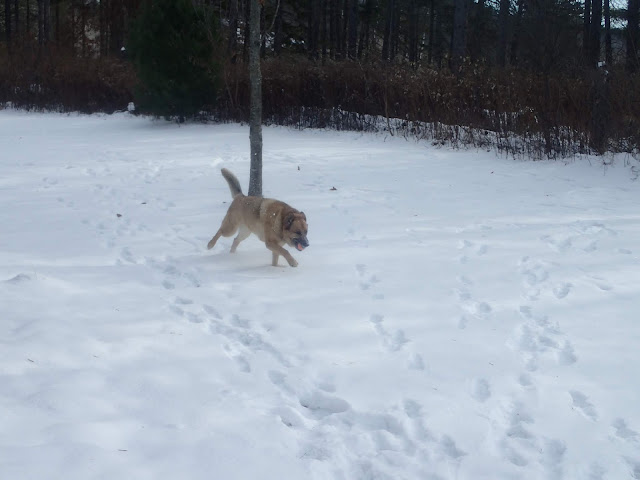 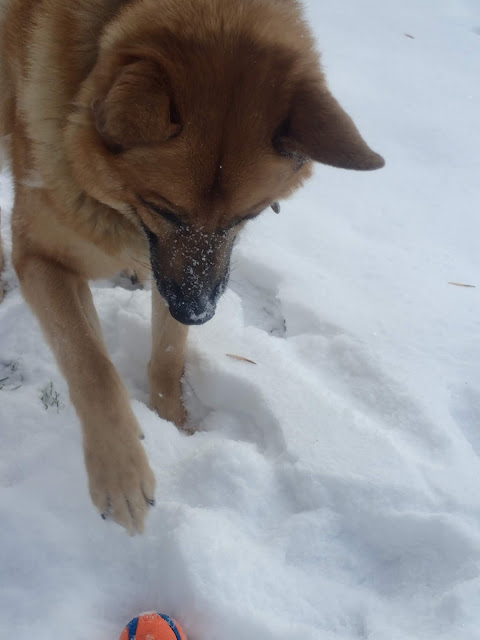 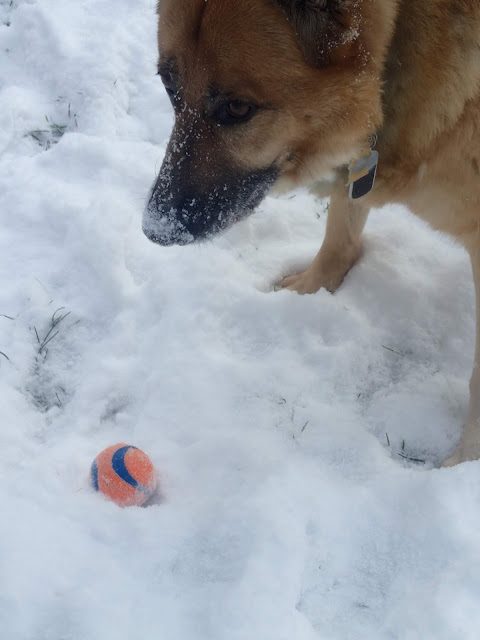 He loves to play with Precious in the snow. He loves when it sinks in and he has to dig it out. Precious will be allowed outside until the next big snowfall. At this point it has to hibernate for the winter because if it gets lost in the very deep snow, a certain boy gets very stressed and won't come out of the cold. Disc will replace Precious for the snowy months. An indoor Precious, which is has all year, will be his friend inside.

Thanks to Rosy and the Boyz for hosting this blog hop!