Today, we pause to give thanks to the men, women and animals, who have and are serving in the Canadian forces and with our allies. 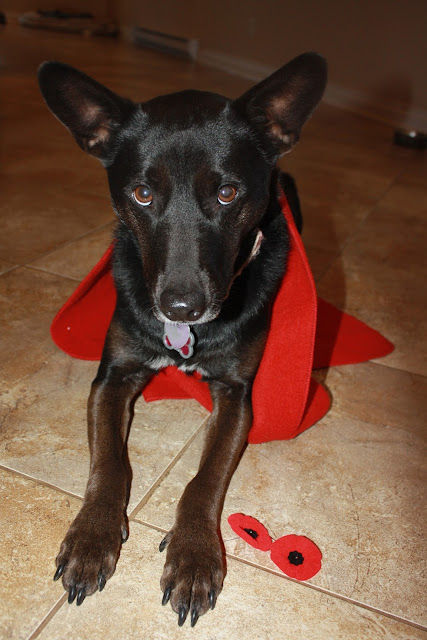 Years ago, I was visiting my father's parents. Gramps, was a WWII veteran. His father had been a POW in WWI. Grandmother's father had fought in the trenches in WWI and had been gassed. Over breakfast, my grandparents had a debate as to which of their fathers had a harder time at war. They were each supporting the others father. Although I was never asked my opinion,  I would have sided with Gramps, and go with the trenches being the worst. He after all was the one with the first hand knowledge of war.

It was one of the few times that a discussion of the conditions of war happened in my presence. Not that I blame survivors for not wanting to share horrors that are beyond most of our imaginations. However,  with so many veterans lost to old age (including my Gramps), I worry that the stories and lessons from those horrific times will be lost with them.

More recent conflicts have not had the huge societal impact that WWI and WWII had. Those without family members or friends directly involved in the recent conflicts, were able to "ignore" these conflicts in a way those facing shortages, daily casualty lists, etc. during the World Wars couldn't.
"Those who do not learn history are doomed to repeat it."

We will use this day, to thank all who serviced and as a reminder to keep history alive, in hopes of producing a better, more peaceful world. Because at the end of the day, that is what all the sacrifices were for.