Today would have been our boy's 20th birthday. Now it is two days since his death. Instead of feeling sad we are going to celebrate his life today.

He came into our lives when the Man picked him (the only pet the Man has got to pick to date). I wanted the orange tabby to be Shere Khan to our Bagheera, but Man wanted this 3 month old black cat. I didn't want to call him Cinder, that had been my grandparents labs name, but I lost that battle too. It took me weeks to remember his name, I called him Clyde, Mint and who knows what else. Finally, because he was so skinny, he became skinny Ninny, aka Nin. I rarely called him anything else. His Auntie K called him "Cindy Lou Who". Poor cat never got called his name. 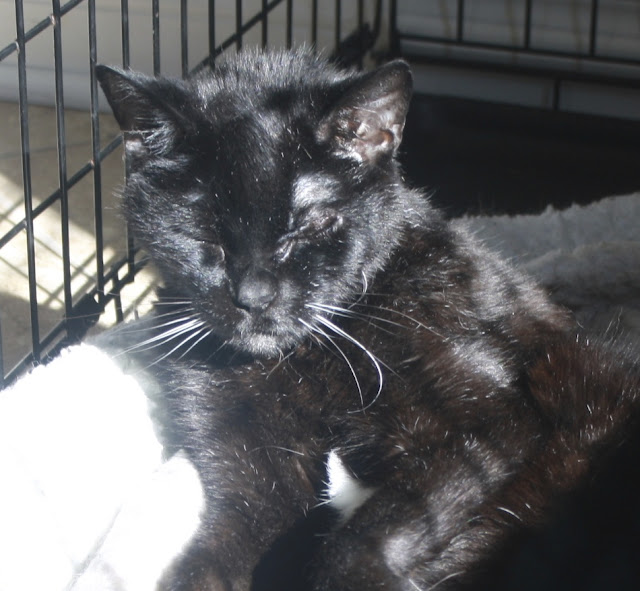 When they wrote the lyrics "Everybody wants to be a cat" the cat they were writing about was Cinder. He had the life I would want if I was a cat.

He was a simple guy; he wasn't going to win any IQ awards, although once as a kitten after hours of staring at the fridge, one day he just removed all the magnets. He did it a second time and then never did it again. His memory seemed short so things just didn't bother him. He didn't get very upset (although he could give the stink eye) and let things go easily. Life would be easier if I could do that. 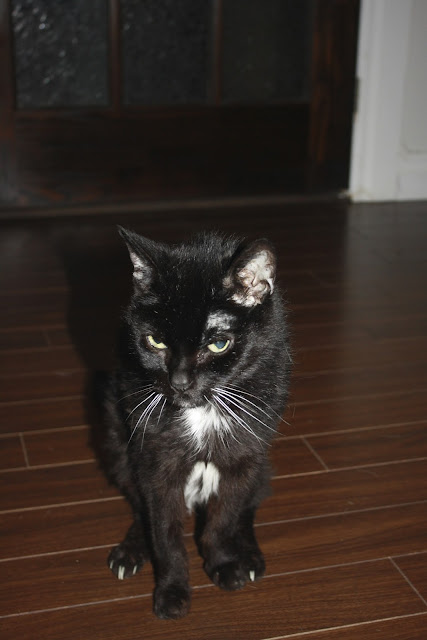 He was a loving guy; he left no lap unlaid on. There would be times were you just didn't want him on your lap and you would have pushed him off 3 or 4 times and then suddenly you would realize he was sitting on you. You would wonder why and then would realize it was because he had "stealth".  It was probably one of the few moments in his life he was quiet when he was doing his stealth ninja move to get on your lap.

He was a loud guy;  he sang a lot. The vet guesses given how much he talked he was likely part Siamese. He sang when he was hungry. He sang before he was sick. He sang when he was upset (like when having to be in the car). He sang if you closed a door.  He sang because he could. He sang and sang and sang. I am sure we will hear ghost singing in the coming weeks.  Until the last few years, when age took it away, he was also a very purry guy. During most of his love he would purr. It was the one thing I missed in his old age.


He was a tolerant guy.  He tolerated Loki humping him, then Gemini very aggressively humping him, and finally Hailey humping him.  In spite of this he could still be found snuggling them if they were where he wanted to sleep. He tolerated us dressing him up. In one favourite memory we had a diaper left by a visiting friend with kid. For fun once, we cut a tail hole and had him wear it. We got the Nin stink eye but nothing else. 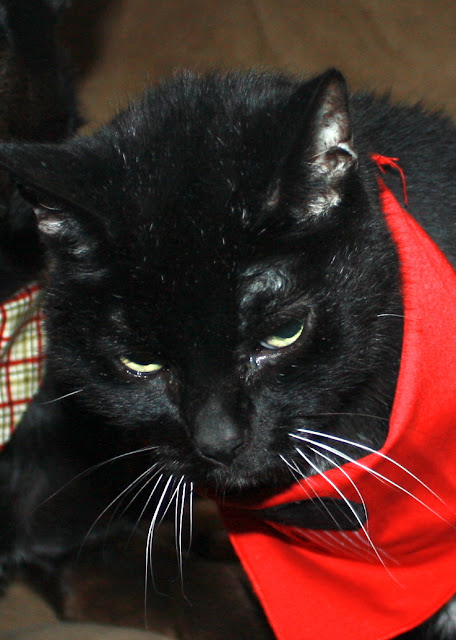 He could be a naughty guy. His litter box habits were never perfect. He missed a lot. He peed outside of closed doors. He peed on the bath mat. He peed on the dogs bed. He sort of lived a lot of his life peeing where he wanted. 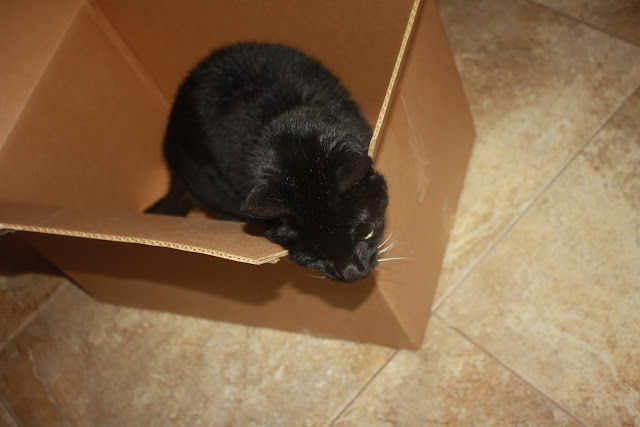 He was a pukey guy. Of all the pets we have ever had, Nin has been the one who threw up the most. In his youth, when he groomed himself well, he had a lot of hairballs. He also didn't always know he was full (see point about being simple) and often would only stop eating when he threw up. I would guess that at least every 3 days of the 19 + years of his life one of us was cleaning up his puke.


He was a peaceful guy. Except for a couple times where he just snapped and beat the heck out of Baggy, he was a calm, peaceful, and tolerant (see above). He just went with the flow. 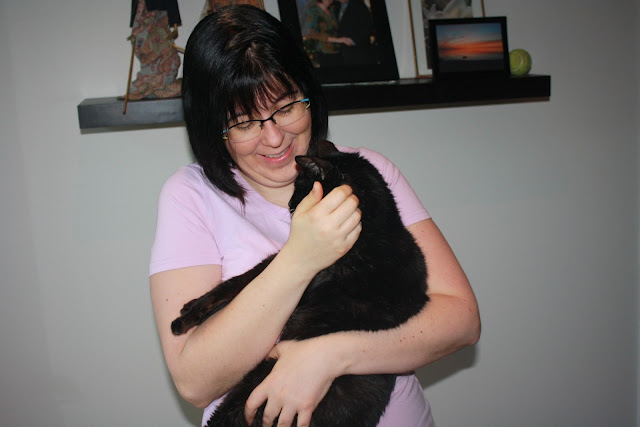 He was Hailey's guy. While he tolerated angels Loki and Gemi, he and Hailey had a special bond. She believed him to be her cat. She wanted to play with him, although sometimes she was a little rough for his old bones. When the Man first got up 2 mornings ago, Hailey was the one who alerted Man to the fact something was wrong with her Nin. She was whining and nudging Nin and then, when Man moved Nin to a blanket to assess him, she laid beside him.  She was upset when we removed him from the house and searched for him when we came back. She will miss him. 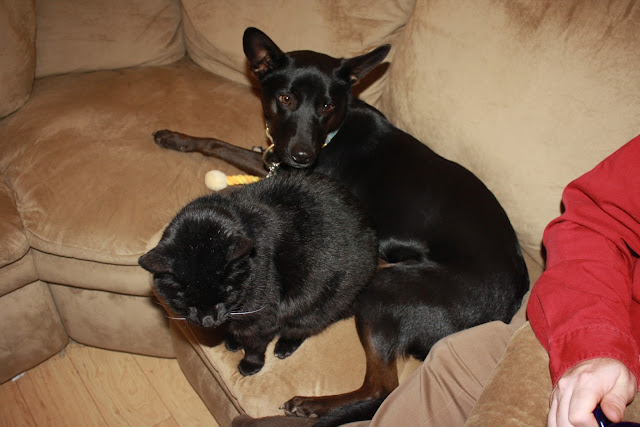 These are just a few of the memories we have of Nin. I could write pages and page and pages.

I always use to say that Nin would have been the perfect cat for someone who lived alone. You never felt alone when he was around. He was good company. You don't realize the presence your 20 year old cat who sleeps 20 hours a day has in your house until it is gone. The house is a little emptier without him, but our hearts will always be fuller for having shared our lives with him for 19 years 7 months and 28 days.

To Nin - thanks for the memories.

With love the Lady and the Man