Black and White Sunday - Flashback To 2010

This flashback is brought to you in part because I haven't been out with my camera and the dogs to show you the snow that arrived December 27th. It will be easier to capture these type of pictures in a week or two when my new Olympus Tough-4 camera arrives . . . .

I was going through my pictures and found one of Hailey, the first winter we had her (she was 10 months old). This picture was taken on Halloween, 2010. 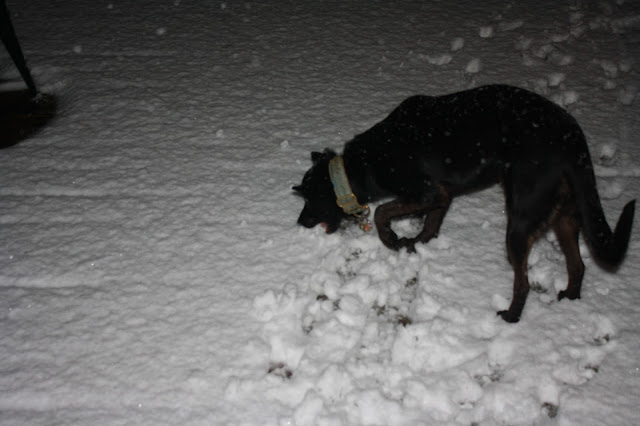 Hailey just wanted to eat the snow! She rarely tries to eat it now. She does enjoy playing in it.